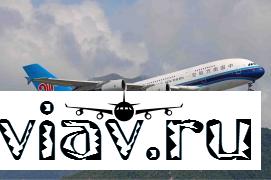 China will become the largest single passenger market by 2030, overtaking the US. This is one of the predictions in IATA’s first 20-year passenger growth forecast, projecting that global passenger numbers are expected to reach 7.3 billion by 2034. That represents a 4.1% average annual growth in demand for air connectivity that will result in more than a doubling of the 3.3 billion passengers expected to travel this year.

The predictions include that China will overtake the United States as the world’s largest passenger market (defined by traffic to, from and within) by 2030. Both markets, however, are expected to remain the largest by a wide margin. In 2034 flights to, from and within China will account for some 1.3 billion passengers, 856 million more than 2014 with an average annual growth rate of 5.5%. Traffic to, from and within the US is expected to grow at an average annual growth rate of 3.2% that will see 1.2 billion passengers by 2034 (559 million more than 2014).

The report, the first from the new IATA Passenger Forecasting service, produced in association with Tourism Economics, analyzes passenger flows across 4,000 country pairs for the next 20 years, forecasting passenger numbers by way of three key demand drivers: living standards, population and demographics, and price and availability.

Future Growth Trend Highlights
• By 2034 the five fastest-increasing markets in terms of additional passengers per year will be China (856 million new passengers per year), the US (559 million), India (266 million), Indonesia (183 million) and Brazil (170 million).
• Eight of the ten fastest-growing markets in percentage terms will be in Africa with Central African Republic, Madagascar, Tanzania, Burundi and Kuwait making up the five fastest-growing markets.
• In terms of country-pairs, Asian and South American destinations will see the fastest growth, reflecting economic and demographic growth in those markets. Intra-Pakistan, Kuwait-Thailand, United Arab Emirates (UAE)-Ethiopia, Colombia-Ecuador and intra-Honduras travel will all grow by at least 9.5% on average for the next 20 years, while Indonesia-East Timor will be the fastest growing pair of all, at 14.9%.

“It is an exciting prospect to think that in the next 20 years more than twice as many passengers as today will have the chance to fly. Air connectivity on this scale will help transform economic opportunities for millions of people. At present, aviation helps sustain 58 million jobs and $2.4 trillion in economic activity. In 20 years’ time we can expect aviation to be supporting around 105 million jobs and $6 trillion in GDP,” said Tony Tyler, IATA’s Director General and CEO.

While improving living standards, population and demographics, and price and availability create the conditions for improved demand, there is potential for policy-induced obstacles to hinder the development of connectivity. “Meeting the potential demand will require government policies that support the economic benefits that growing connectivity makes possible. Airlines can only fly where there is infrastructure to accommodate them. People can only fly as long as ticket taxes don’t price them out of their seats. And air connectivity can only thrive when nations open their skies and their markets. It’s a virtuous circle. Growing connectivity stimulates economies. And healthy economies demand greater connectivity. The message of this forecast is that there is great potential if all aviation stakeholders—including governments—play their role,” said Tyler.

The aviation industry recognizes that air travel has an environmental impact, and is committed to reducing its carbon footprint. In 2009, the industry agreed three targets which will ensure that aviation plays its part in ensuring a sustainable future.

Analysis of the 10 largest air passenger markets defined by traffic to, from and within for the period 2014-2034:

• The United States will remain the largest air passenger market until around 2030, when it will drop to number 2, behind China. Cumulatively over the next 20 years the US will carry 18.3 billion more passengers and China 16.9 billion.
• Currently the ninth largest market, India will see a total of 367 million passengers by 2034, an extra 266 million annual passengers compared to today. It will overtake the United Kingdom (148 million extra passengers, total market 337 million) to become the 3rd largest market around 2031.
• Reflecting a declining and ageing population, Japanese air passenger numbers will grow just 1.3% per year and decline from the 4th largest market in 2014 to the 9th largest by 2033.
• Germany and Spain will decline from 5th and 6th position in 2014 to be the 8th and 7th largest markets respectively. France will fall from 7th to 10th while Italy will fall out of the top 10 altogether in around 2019.
• Brazil will increase passenger numbers by 170 million and rise from 10th to 5th. Its total market will be 272 million passengers.
• Indonesia will enter the top ten around 2020 and attain 6th place by 2029. By 2034 it will be a market of 270 million passengers. 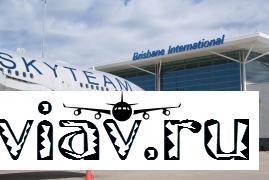 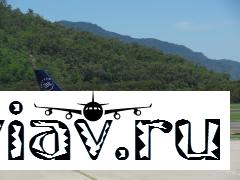 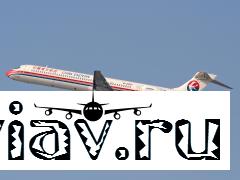