Leave the frenetic world behind, enter a tranquil and unhurried place, and experience the famous Lao hospitality.

Laos is a country as yet untouched by the modern demands, stress and pace of life. Its beauty lies in the Lao people, century-old traditions and heritage, and its lush, pristine landscape. Visitors and guidebooks describe Laos as one of the most charming places in the region, an unadulterated country that evokes a true sense of authentic Southeast Asia.

Come explore and experience Laos, ‘The Land of a Million Elephants’, with us.

The first Lao kingdom, Lane Xang was founded in the 14th century by King Fa Ngum after he conquered and unified the lands north of Vientiane, including Luang Prabang, Xieng Khouang and the Khorat Plateau stretching into what is today Northeastern Thailand. Luang Prabang remained the capital of Lane Xang until King Phothisarat moved the Kingdom’s administrative seat to Vientiane in 1545. Even after the capital moved to Vientiane, Luang Prabang remained the country’s spiritual and religious center. The country’s first contact with western emissaries occurred in the mid 17th century during the reign of King Surigna Vongsa. After the death of Surigna Vongsa in 1694, Lane Xang broke up into three separate kingdoms: Vientiane, Champasak and Luang Prabang.

Part of French Indochina during the 19th – early 20th century colonial period, Laos achieved complete independence in 1975 with the founding of the Lao People’s Democratic Republic.

Today Laos is comprised of 17 provinces. It is the least populated country in Southeast Asia, with nearly 6.3 milion inhabitants in 2010 or about 26 people per km2. In comparison, Vietnam has a population density of 230 people per km2, and Thailand 120. Roughly 85% of the population lives in rural areas. Although few in absolute numbers, within the population of Laos there is tremendous ethnic diversity with 49 officially recognized ethnic groups speaking over 48 languages.

The largest contributor to the Gross Domestic Product is agriculture which provides a living for 80% of the population. The principal crop is sticky rice but corn, tobacco, cotton and coffee are also grown. Raising livestock for domestic and regional consumption is also an important economic activity. Harvest of non-timber forest products such as resins, herbal medicine and forest foods for commercial and home use is also a very important contributor to the Lao economy and rural people’s livelihoods. The primary national industries include hydropower, garment manufacture, agro-forestry, tourism, mining and production of some common consumer goods.

The morning market in Vientiane – 1910. It is believed to

be Nam Phou Square in the present day.

Khouvieng Road in 1989. It is believed to

Laos celebrates many annual festivals called “Boun”, which are particularly enjoyable and beautiful, signifying traditional aspects of Lao lifestyle. Most festivals are connected with religion and the yearly rice farming cycle. The timing of the festivals is calculated according to the Buddhist lunar calendar.

Vat Phou Festival in Champasak Province : This festival is held during the third full moon of the lunar calendar on the grounds of the enchanting pre-Angkorian Vat Phou ruins in Champasak. Festivities include elephant races, buffalo fights, cock fighting, and traditional Lao music and dance performances. To coincide with the festival, a trade fair is held to showcase products originating from southern Laos, Thailand, Cambodia and Vietnam.

Sikhottabong Festival in Khammouane Province : This traditional religious festival is held at Sikhottabong Stupa, located about 8 kilometers to the South of Thakhek town. The stupa was built between the 9th and 10th Century by King Nanthasene and was restored to its original grandeur during the 1950’s.

Boun Khao Chi (Makhaboucha) : A ceremony is held at the “Vat” (temple) in the morning, when a special bread made of “sticky rice” is offered. This festival is held during the third full moon of the lunar calendar.

Elephant Festival in Sayaboury Province : As a living icon with important symbolic connotations and historical associations in Laos, the elephant is an animal dear to the hearts of the Lao people.

Boun Pha Vet : An offering ceremony where a donation is made and one’s future is read during the three day-three night festivals.

“Boun Pi Mai” Lao’s New Year : Lao New Year is celebrated at the same time each year (April 14-16). This year, the 16th is the first day of the New Year. On the 13th, Buddha images are taken out of the temples to be cleansed with scented water by devotees, and placed on special temporary altars within the compounds of the “Vats” (temple). Devotees gather the scented water falling off the images, to take home and use it to pour on friends and relatives, as an act of cleansing and purification before entering the New Year. On the evening of the 15th, the images are returned to their proper shrines within the temples. Boun Pi Mai is a time for much joyous celebration, with good deeds and prayers in anticipation the New Year.

Boun Bang Fai (Rocket Festival) : A ceremony praying for rain is performed at the temple in the morning. In the afternoon, people gather in fields on the outskirts of villages and towns to launch the rockets with much abandoned revelry. Villages, communities and departments compete for the “best decorated” and the “highest traveling” rocket. Beginning around the middle of May, the festivals are staggered from place to place to enable more participation and attendance. This is the time when an offering to the spirits can be made in a corner of one’s garden, early each morning.

Boun Visakhaboucha : This festival is held during the sixth full moon of the lunar calendar for the Buddha. Candlelight processions are held in temples to mark the birth date of Buddha.

Boun Asalahaboucha Boun Khao Phansa (Buddhist Lent) : This is the beginning of the Buddhist Lent. During the next three-month period, monks spend most of their times in prayer and meditation and are restricted from spending nights in other “Vats”. This festival is held during the eighth full moon of the lunar calendar.

Boun Khao Salak (Rice) : This is for offerings to be made for dead ancestors to obtain merit. Popular and exciting longboat-racing competitions are held to celebrate the River. This festival is held during the tenth full moon of the lunar calendar.

Boun Ok Phansa and Boat Racing Festival : The festival held after the end of the monks’ three-month fast and retreat during the rainy season (Khao Phansa). At dawn on the first day, donations and offerings are made at temples around the city. In the evening, candlelight processions are held at temples and hundreds of colorful floats decorated with flowers, incense and candles are set adrift down the Mekong River to pay respect to the river spirit. The following day in Vientiane, Savannakhet, Sayaboury and Champasak Province, a popular and exciting boat racing competition is held to celebrate the Mekong River.

Boat Racing Festival in Vientiane Capital : This is held on the Mekong River. At the same occasion a trade fair of agricultural products, local handicrafts, Traditional Lao music and dance performance are organized. In this festival, citizens donate offerings to dead ancestors to gain merit.

Boun Khathin : This festival begins immediately after the last day of Lent, and lasts until the next full moon. During the one month period, devotees of the Buddhist faith help the monks to carry out their religious practice by making offerings of all their 9 requisites and other useful items.

That Luang Festival and Trade Fair in Vientiane Capital : This religious festival is held in and around That Luang Stupa, the National Symbol of Laos, where hundreds of monks gather to accept alms and floral votives from the people. The festival includes a grand fireworks display at night. During the day, an international trade fair, showcasing tourism in Laos and other countries from ASEAN and the Greater Mekong Sub-region is held. During the same period a similar festival is also celebrated at Chieng Teung Stupa in Luang Namtha Province.

That Inhang Festival in Savannakhet Province : This festival will be held on the grounds of the splendid That Inhang Stupa which is located just outside the city of Savannakhet. An international trade fair will include exhibitions of tourism products from Laos, Thailand and Vietnam. The fair will also include the performance of Traditional Lao music and dance, as well as a sports competition featuring football, boxing, tennis and local traditions, including a drumming competition.

The official language is Lao; its etymology stems from Sanskrit and Pali. Anglophones should be able to manage quite well in the cities, especially Vientiane.

Helpful words to get you started: 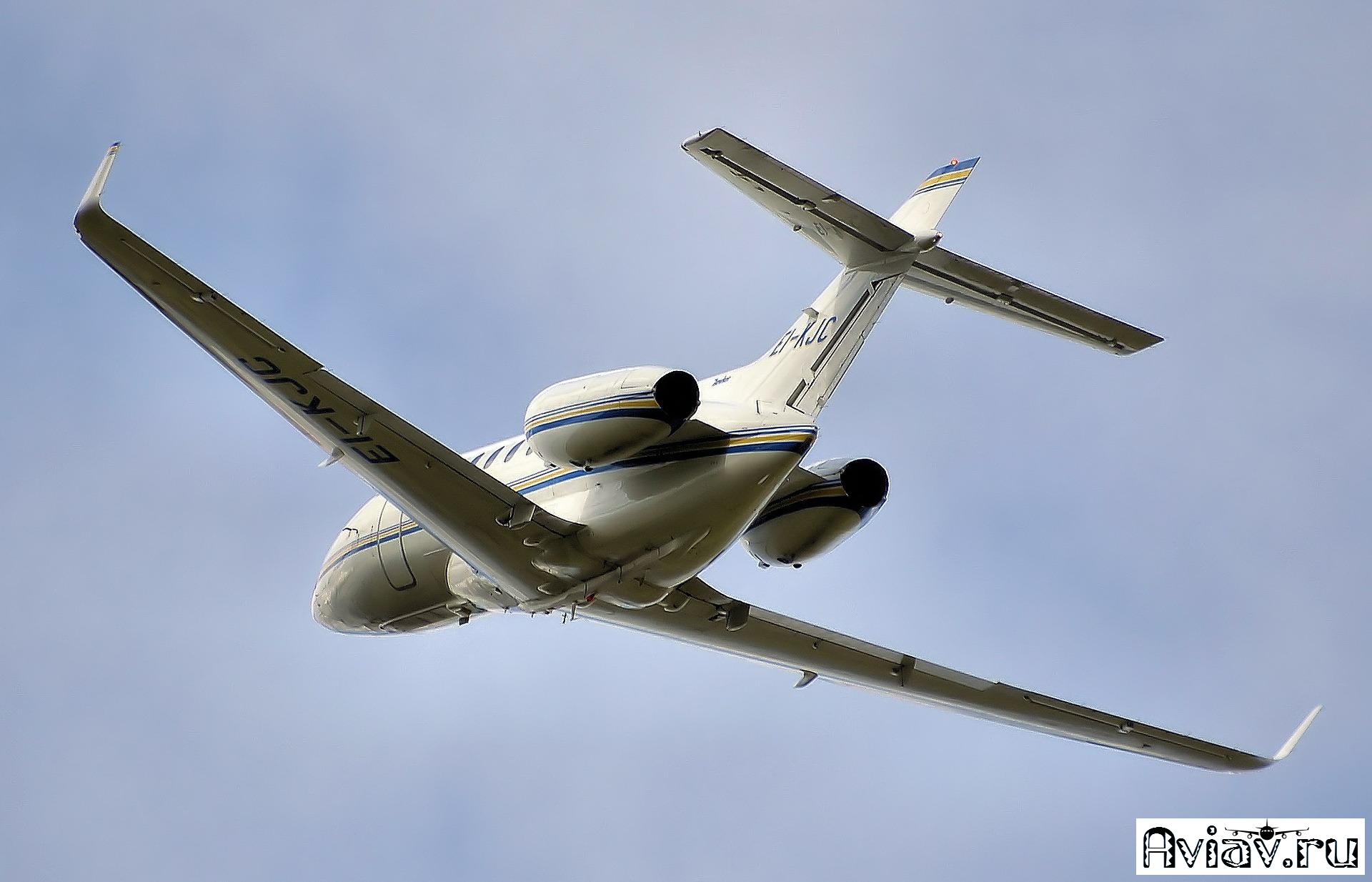 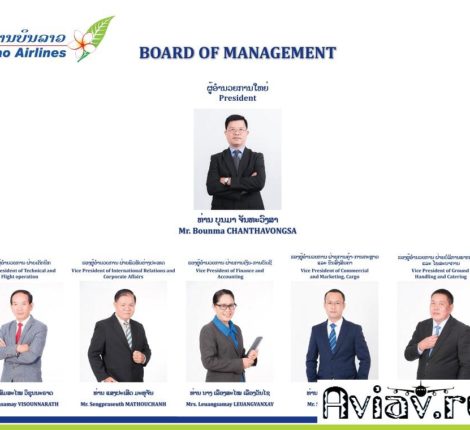