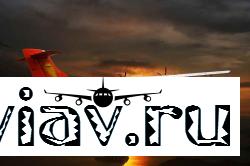 Malaysian regional operator Firefly, which has up to now marketed itself as a “community airline”, re-launched itself as a low-cost carrier (LCC) on 15 January, firming up plans to operate a fleet of 30 Boeing 737-800s jetliners by 2015.

With an initial fleet of three of the jets, configured with single-class cabins seating 180 passengers, the wholly owned Malaysia Airlines (MAS) subsidiary currently operates four-times daily to Kuching and thrice-daily to Kota Kinabalu from the main terminal at Kuala Lumpur International Airport (KLIA).

The airline also operates flights out of Subang Airport, located 25km outside the Malaysian capital, serving destinations in peninsular Malaysia, Singapore, Phuket in Thailand and Batam in Indonesia. These services are operated using the carrier’s turboprop fleet of 10 ATR 72-500s.

Firefly spokesperson Kalpana Devasagayam told Asian Aviation that three more 737-800s will be added to the fleet later this year, with seven additional aircraft per year arriving in 2012 and 2013, and five more per year in 2014 and 2015. Firefly Managing Director Eddy Leong said the carrier will purchase the aircraft, rather than leasing them.

The airline has also firmed up plans to acquire another four ATR 72-500 turboprops to expand its operations from Subang.

Devasagayam said Firefly will expand its jet aircraft network to additional domestic destinations in the states of Sabah and Sarawak, as well as regional destinations within five hours’ flight time from KLIA, as the airline acquires more aircraft.

Apart from KLIA, the airline plans to set up hubs for jet operations in Penang, Kota Kinabalu and Kuching. It is also seriously considering Johor Bahru as a hub and is expecting to make a decision on that proposal later this year.

According to Shukor Yusof, a Singapore-based analyst for Standard & Poor’s, Firefly’s decision to re-launch as an LCC is clearly aimed at providing much-needed competition in the booming low-fare market segment out of KLIA – currently dominated by AirAsia, the largest LCC in the region. “With Firefly using 737-800 aircraft, AirAsia can expect some stiff competition,” Shukor said.

First to take off in March will be Bangkok-based Thai Tiger Airways, a joint venture between Singapore’s Tiger Airways and Thai Airways International, operating a single-aisle fleet of five Airbus A320s.

Five more A320s will be added to the fleet in 2012 to serve other Asian markets. Seven of Thai Tiger’s eight routes – serving Phuket, Chiang Mai, Penang, Macau, Kuala Lumpur, Chennai and Shenzhen – will be operated out of Bangkok’s Suvarnabhumi Airport, while the other will be Phuket-Chiang Mai.
Those routes are all currently served by AirAsia’s Thai AirAsia unit.

Despite the Ministry of Transport (MOT) in Bangkok describing Thai Airways’ plans to launch the new LCC as “incomplete”, the Thai flag carrier said it is confident the new venture will get off the ground as planned.

“We can’t plan now as we have to monitor the market closely first,” Ampon said.

Thai Airways’ plan to start Thai Tiger was aimed at avoiding further loss of revenue on domestic and regional routes to Thai AirAsia. Since the latter started operations in 2005, Thai Airways’ share in the domestic market has plunged from 82 percent to about 40 percent now.

Читайте также:  Work on new Myanmar airport to begin in 2014

AirAsia will hold 40 percent of the new airline, while three Filipino businessmen – Antonio Ongsiako Cojuangco (a cousin of Philippines President Benigno Aquino III), Michael L Romero and Marianne B Hontiveros – will hold 20 percent each. AAP will have start-up capital of US$25 million. While no details of the carrier’s route network have been revealed to date, AirAsia group Chief Executive Officer Tony Fernandes has said, without elaborating, that the proposed routes are already being served by other AirAsia companies.

An industry source in Manila told Asian Aviation that AAP would initially operate on the lucrative Clark-Singapore and Clark-Seoul routes, tapping the booming labour-traffic market to Singapore and growing leisure-travel demand from Korea to the Philippines.

According to Romero, AAP plans to expand its fleet to 15 A320s by 2015, operating to Korea, Taiwan, China and Hong Kong. The airline is planning to carry as many as 5 million passengers over the next five years.

“Cebu Pacific is a lean-and-mean carrier with a young fleet and we will face whatever competition that is to come,” Iyog said. She added she is confident that Cebu Pacific, with its firm foothold in Asia’s low-fare market, will continue to grow.

Philippine Airlines (PAL) president Jaime Bautista said there was no need for another LCC in the region, as the market is already crowded with five such carriers operating. The other three players are: Zest Air, Spirit of Manila Airlines and South East Asian Airlines (SEAIR).

“Overcapacity will only lead to a price war and this could lead to problems for the smaller players,” Bautista pointed out.

Shukor said it may be tough for AAP to compete with Cebu Pacific, which has established itself firmly in the market and is embarking on a massive expansion plan. “Having a partner linked to the administration does not guarantee AAP a lucrative share of the market,” the analyst noted.

Cebu Pacific Air has ordered 22 Airbus A320s, three of which were delivered in December. Three more will be handed over in 2011, four in 2012, seven in 2013 and the remaining five in 2014. Once deliveries are completed, the carrier will have a fleet of 51 aircraft.

The new jetliners will be utilised to expand Cebu Pacific’s international network and increase frequencies on existing routes. The airline now operates to 33 domestic and 16 international destinations.

SEAIR, which to date has served mostly domestic destinations, started flying two A320s leased from Tiger Airways on 16 December and plans to operate the jetliners to Hong Kong and Taipei.

The entry of new LCCs into the market has been smoothed by the continued liberalisation of the civil aviation market by the Association of Southeast Asian Nations (ASEAN) – the 10-nation bloc comprising Thailand, Singapore, Indonesia, Vietnam, Myanmar, Laos, Philippines, Malaysia, Brunei and Cambodia.

ASEAN’s Open Skies policy began to be implemented in December 2009 and further liberalisation will continue through to 2015. The policy is aimed at stimulating air travel in the region. 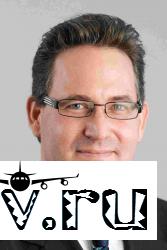 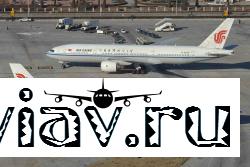